Since the start of the Overwatch competitive scene, there have been intense rivalries among the top teams. Many of these carried over to the Overwatch League, such as New York Excelsior (LW Blue) vs Vancouver Titans (RunAway), or Seoul Dynasty (Lunatic Hai) vs Dallas Fuel (EnVyUs). But most people forget the oldest and most storied rivalry in the game’s history:

It all started back in the early days of the game. The European Qualifier of the 2016 Overwatch World Cup, to be specific. In Group A, there was Germany, Poland, Baltic and Caspian, Ireland, and South Africa. Germany cruised to first place while Team Baltic and Caspian took the other spot to proceed. South Africa finished last with a record of 0-4, and Ireland was second-to-last with a record of 1-3. However, Team Ireland’s win happened to be against South Africa. 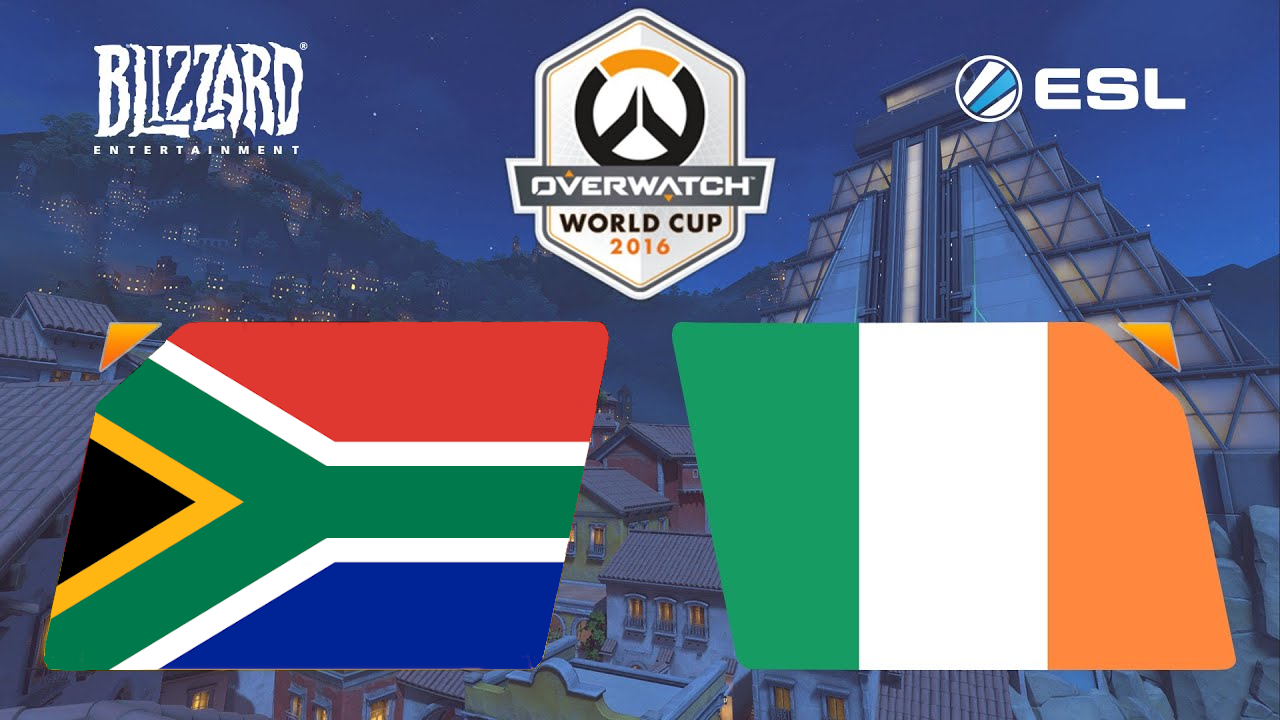 This epic bout sparked the most engaging rivalry in the perhaps the history of esports. Blizzard’s regulations for the 2017 and 2018 World Cup prevented these two from facing off again in this tournament setting, but this year we may finally get a chance to see a rematch.

But this rematch depends on the seeding of the teams and the tournament structure. Team Ireland’s Main Support, Josh “M3wts” Moore, had a few words to say on this: “I mean there is a possibility we get to play against each other in an early round, normally tournaments match the weaker teams against the stronger teams in the early rounds and I don’t think I need to say which team is the weaker team.”

In response, the South African Captain and Flex Support Wayne “Visions” Short said that Team Ireland “may believe in themselves but [they] believe in leprechauns too,” so perhaps the Irish belief of being the stronger team is a fairytale.

Visions is one of the returning veterans on the South African World Cup Team, with the other being their Off-Tank Ruan “Senticall” Potgieter. They both participated in the 2016 World Cup and have seen a tremendous change in their squad. Back in 2016, the trialing process consisted of a schoolyard-esque choosing of high-ranked players by the captain. But this year Visions says their team has consistently been able to practice in high ranks and is much more comfortable.

One major issue that has plagued the South African squad has been inconsistent internet with high ping. The team regularly plays between 160-260 ms latency, which makes some higher-skill heroes difficult to play. Doomfist is one of the hardest to heroes play well with lag spikes and latency, yet he’s a staple of the current meta. This means South Africa have had a harder time practicing him and have to hope that at Blizzcon on a LAN connection they’ll see better results.

“Once we take of these 200 ping weights y’all better be ready. We’re basically Rock Lee right now!” said Visions of the ping issues.

For the first World Cup, South Africa said they were just happy to play as they didn’t quite feel ready. They had a large SR split with a range of around 1000 difference in rating, and no administration or coach which placed a lot of pressure on the players themselves. Being backed by a fantastic committee this year and having secured funding from several local sponsors that have helped secured their spot at Blizzcon, the stage is set for them to show the world what they’re made of.

Their team performed in the Eurocup fundraiser tournament back in September, getting a chance to see some of the European competition but more importantly gaining experience as a team in a tournament setting. This let Head Coach Peter “NotGroot” Berens assess their mental preparation plus any gameplay and mechanical issues that need to be addressed in the nearly two months between Eurocup and the World Cup.

The Rhinos are feeling confident now, especially if they go up against Team Ireland once more. “I’m predicting a classic reverse sweep from South Africa. Us South Africans like when the games get tough and messy, so [Ireland] is going to need [their] four-leaf clovers. Good luck playing us on King of the Hill, as they don’t call us the Barbarians for nothing.”

Despite this, the Irish king of craic and trash-talk isn’t quaking in his boots just yet. “I heard that South Africa was really scraping the bottom of the barrel when it came to their roster. They even asked a couple of mid-gold players to be on the team, so I’m not too worried,” M3wts said.

Hopefully the brackets will align so we can see another matchup between these two teams. One battle for all the marbles; to see which side can back up their trash talk better, and whether the experience and leadership of the South African veterans can lead them to victory against a brand-new Irish squad. Unfortunately Senticall is unable to travel with the team due to visa issues, so the pressure now falls on Visions to guide his team and claim the win they couldn’t get three years ago.

To support the Celtic Wolfhounds, go to celticwolfhounds.ie/shop to buy a jersey and the proceeds will benefit Down Syndrome Ireland.

To support the South Africa Rhinos, you can also get a jersey from zarhinos.wixsite.com/zarhinos. Additionally, they said that when their matches are streamed, they would like to see some ‘pogchamps’ in the chat. “Whenever us players see pogchamps in chat it gives us a lot of motivation to keep going.” 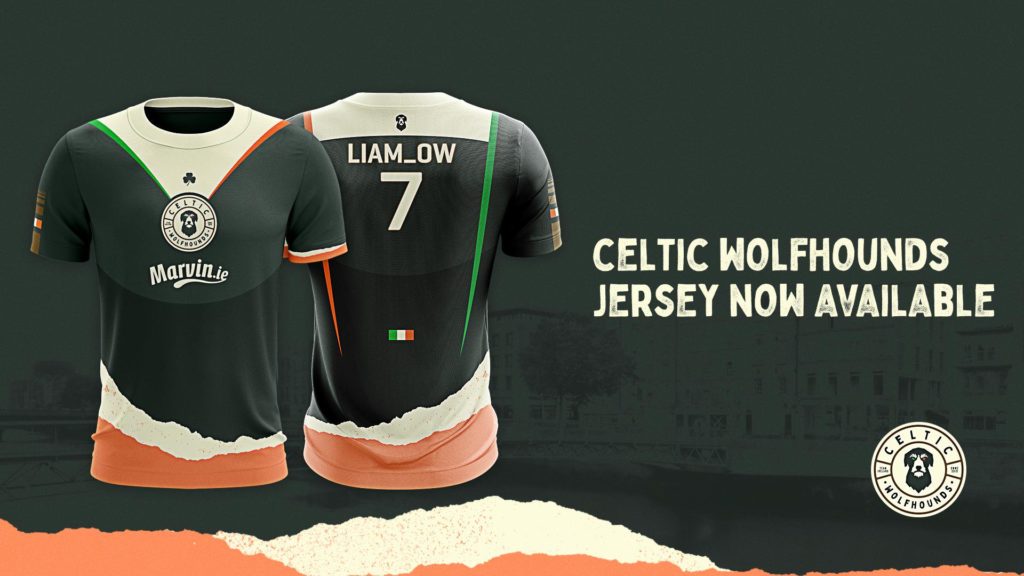 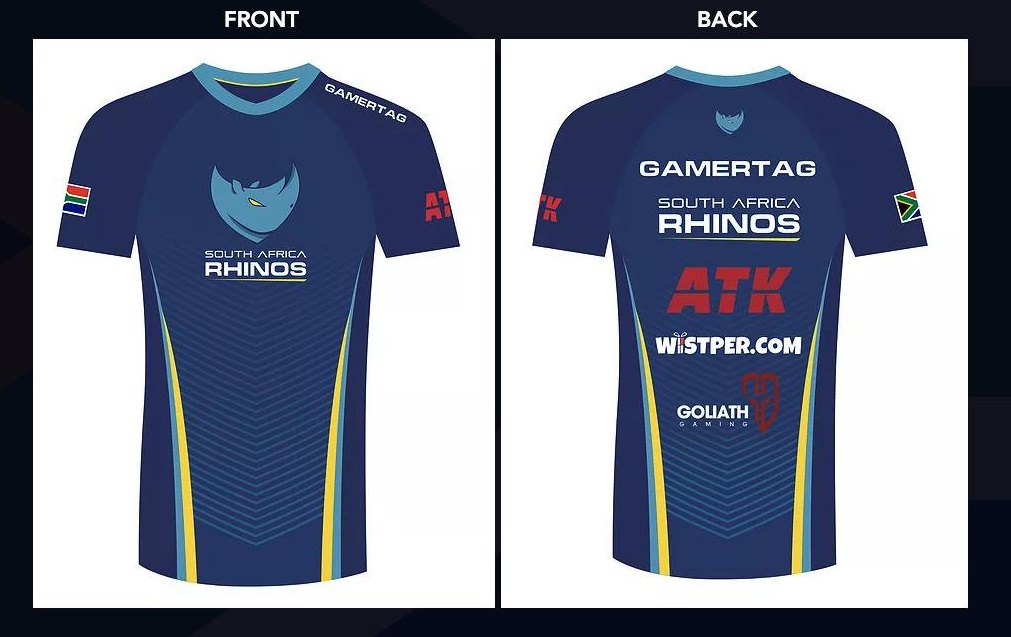