The Overwatch World Cup Preliminary matches took place October 31, a fitting date for the Wolfhounds due to Samhain and the Puca Festival. On this frightful day, Team Ireland had a testing gauntlet laid in front of them – in order to reach Group B Finals, they would have to beat first Iceland then the United Kingdom, ranked sixth-best out of all the nations.

Things were made even more difficult by the fact that Iceland had been Team Ireland’s partners in scrimmages for the past month. So rather than being able to surprise them with unorthodox strategies, Iceland had time to acclimate to the Irish playstyle and prepare against it. 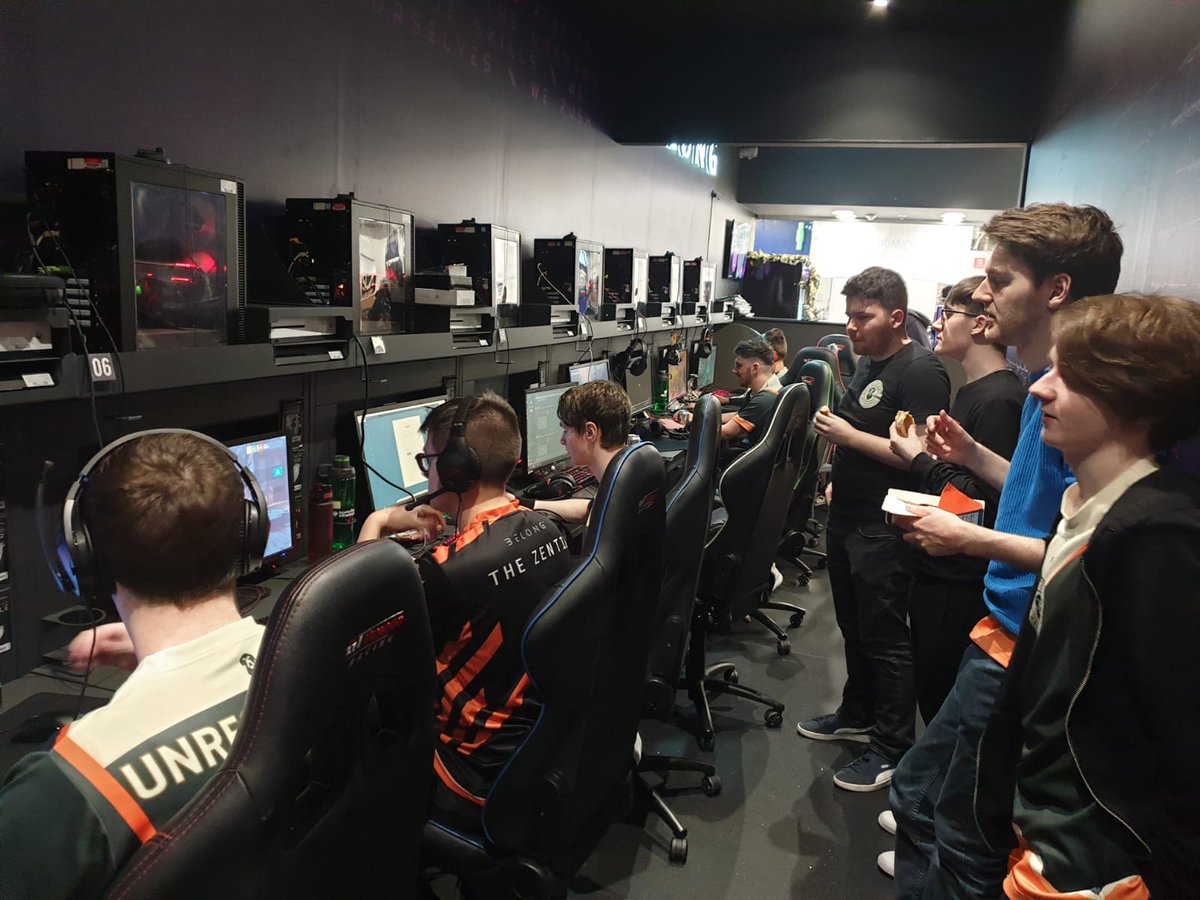 The match started in Busan with the M.E.K.A. Base stage. Team Ireland came out on the meta composition of Orisa, Sigma, Reaper, Doomfist, Lucio, and Moira. Iceland mixed it up a bit by opting for a Pharah and Hanzo as Damage Heroes, while Mercy and Ana comprised their Support line. While the Icelandic Pharmercy poked from a distance, Ireland collapsed on the rest of the team and found a few picks to win the teamfight. The Wolfhounds held on until finally relinquishing control of the point at 71% captured. Solid ultimate management on the side of Team Iceland prevented an Irish recapture and secured their victory 100-71%.

Moving to the Sanctuary stage of Busan, it was Iceland who decided to run meta while the Wolfhounds went with Orisa, Roadhog, Pharmercy, Hanzo, and Ana. As the first teamfight erupted, Buckle’s Hanzo was able to find a headshot on Reaper. This was huge because it allowed the team to collapse onto Iceland without fear of the massive damage from Reaper’s shotguns. They then held control until Iceland noticed an aggressive flank from PureIrish’s Roadhog and rushed into the rest of the team and took control when Ireland had 99%. Hafficool swapped from Sombra to McCree to try and deal with FlexG’s Pharah, but another Barrage cleaned up Iceland and the Wolfhounds took the stage 100-51%.

The third and final stage was Downtown, and once again Ireland found the initial fight win with a Buckle headshot onto the opposing Reaper. This provoked the swap to McCree again, and after two quick fight wins Iceland found Buckle out of position and was able to run over the rest of the team when Ireland had 53%. They held control until 93% when the Wolfhounds turned a FlexG Barrage into a fight win. Ireland finished the a fight with a Nanoed Whole Hog, but Hafficool found a flank angle and was able to pick off the Irish Pharmercy. This allowed Iceland to push in before they could respawn and thus took the point and won a heartbreaker of a stage, 100-99%, taking the map 2-1.

The next battleground was the Hybrid map of Hollywood. Ireland started their defense running a quite unconventional composition of Orisa, Roadhog, Hanzo, Mei, Mercy, and Ana, against the meta comp of Iceland. In the second fight, Liam hooked and killed the enemy Orisa, but Iceland fired back with Hafficool and Sindri finding three picks of their own. M3wts managed to resurrect Liam and allowed them to stabilize until Buckle popped off and found two kills. Ireland had a strong ultimate economy and defense until PureIrish and FlexG were halted off the high ground and deleted, which led to a point capture by Iceland. The Wolfhounds found their foothold again on Point B, holding close for a good amount of time with crucial picks by Buckle in addition to a swap to Pharah by FlexG. They held off the Icelandic onslaught until 30 seconds remained but got too aggressive and Iceland used their ultimates beautifully leading to a Point B capture. Iceland did not let off the gas, rolling in and completing the map with five seconds remaining after a three-man Death Blossom from Sindri’s Reaper.

On the attack, Ireland brought out the Halt-Hook composition aided by a Mei, Ana, and Pharmercy while Iceland once again ran meta. The Wolfhounds took a patient approach, building up ultimates and trying to use them in combination to get massive value. However, the Nano-Barrage was instantly snuffed out, which left them reeling as it left them with a significant disadvantage in the ultimate economy. Each time they then tried to push in and invest an ultimate, Iceland fired right back with their own or found a pick onto Buckle or M3wts, stopping the fight in its tracks. In the end, the Icelandic defense proved too much as Team Ireland was unable to take a single tick of Point A, giving Iceland the 3-0 win.

The third matchup was the Escort map of Rialto, as Iceland looked to close out the series. Ireland chose to defend with the same hero lineup while Iceland brought out a Pharmercy of their own. Buckle was able to find some initial picks as Hanzo and ZP commented “as long as Buckle is doing well, Ireland is doing well!” The Pharmercy duel was fairly even, but when Hafficool took out FlexG and M3wts, Iceland was able to convert that into a capture of Point A. On point B as Ireland was regrouping after a lost fight, Finnsi was able to sneak a D.va self-destruct over the rooftops to find a triple-kill and thus an easy pickup of Point B. Ireland regained control halfway to Point C, but a Barrage from FlexG was stifled before doing much real damage. As the payload approached the finish, Buckle got one kill with his Dragon Strike, but Finnsi fired right back with a double-kill Self-Destruct amounting in a map completion with 2:51 remaining.

On the Irish attack, FlexG was able to beat Hafficool in the Pharah duel, opening up the Icelandic defense. Hafficool swapped to Widowmaker to try and catch FlexG by surprise, but a Nano-Barrage by FlexG found a quadruple-kill and a Point A capture. Hafficool then switched from Widowmaker to McCree, which gave them more point presence while still pressuring the Pharmercy. Every ensuing Irish push was cut down in its tracks, including a quadruple-kill Death Blossom from Sindri and a double-kill Deadeye from Hafficool to close out the map with Iceland taking the victory 3-1.

Despite a very one-sided scoreboard, this match was much closer in many regards than it seemed. On Busan, the Wolfhounds were one teamfight away from victory on two of the stages. An unlucky pick on the Hollywood Point A defense gave Iceland the capture despite the Irish having five ultimates available. And on Rialto they looked strong and had several outstanding moments, but struggled against Hafficool’s McCree unless Buckle was able to pick him off early.

Speaking on the performance, Head Coach Brian “Scrivzy” Scriven said, “We practiced the comps that we played on the day, but we didn’t play as well as we normally do in scrims, and the fact that Iceland had prepared for us made it harder than it normally would be. It doesn’t matter how many times you beat them in scrims if you don’t win the game on match day.”

He also noted the value of this LAN experience for all of the players in the future, pointing out that that the OWL /Contenders players were way more comfortable than the players with no LAN experience at all. Going forward, finding additional ways for Irish players to compete on LAN connections will be extremely beneficial for the community and players.

All in all, this was a strong showing for a country with no Overwatch League or Contenders players. Doubly so, given that both several Icelandic players have Tier 1 and Tier 2 experience. Despite the loss, they did better than many could have expected them to, and surely made their country proud. Several members are looking for positions in OWL and Contenders, so Irish Overwatch will surely be something to keep an eye out for in the coming year.